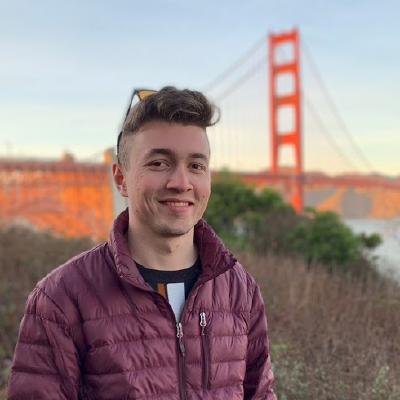 Charles Guertin, from Montréal (Québec, Canada), graduate in Software Engineering @ ÉTS Montréal (B. Eng). I speak fluently in both French 🇫🇷 and English 🇬🇧. Huge Montréal Canadiens fan. I try to travel whenever I can. I also enjoy reading books of all kinds and listening to all genres of music on my turntable.

I currently work at Ubisoft Montréal as an Online Programmer in the Site Reliability Engineering (SRE) division. I specialize in distributed systems (mostly Kubernetes), automation and programming involving Go – my language of choice. In the past, I have worked for several companies, including a few startups, where I developed different sets of skills.

When I arrived at ÉTS in September of 2018, I joined an open source student club called CEDILLE. I was later voted Captain of the club in October 2019, a position I held for two years. Since then, we as a club have accomplished a lot. From growing plants using Raspberry Pis, to deploying & managing a production infrastructure on Google Kubernetes Engine (GKE). As Captain, my role consisted of leading members through their projects, recruiting and training new members, negociating contracts with sponsors, organizing club activities, etc. It was definitely not easy, combined with a part-time job and full time studies, but I’m super grateful for the opportunity to have had this role. If it weren’t for CEDILLE, I probably wouldn’t have specialized in Site Reliability Engineering (SRE).